I’ll be speaking in the Colloquium for the History and Philosophy of Science, Technology, and Medicine at the University of Minnesota on November 15, 2019

The methodologists: following the scientists who make tools, not facts

Much work in science and technology studies (STS) has focused on the production of scientific facts, and the scientists who produce them. Latour and Woolgar’s classic laboratory ethnography, for example, follows the production of a single scientific fact (the amino acid sequence of a protein). Much less attention has been devoted to studying extra-factual work that takes place before and alongside the production of scientific facts, such as the creation of new techniques or tools. This talk will focus on a group of scientists that I argue should be treated as a distinct category of scientific actors—the methodologists, scientists who continue to investigate, tinker with, and modify tools and techniques long after many of their peers consider these methods to be stabilized and ready for routine use. Studying methodologists is useful for STS scholars and historians of science because methodologists’ work often entails disrupting the settled science of their colleagues, allowing analysts to see contingencies and uncertainties in scientific processes even in moments where there are few active controversies. Focusing attention on methodologists also raises a number of interesting questions about the conditions under which methodological work thrives, how methodological work impacts the perceived stability of scientific facts, and how it contributes to the rise and fall of scientific controversies. I will illustrate some of these dynamics with examples from my ethnographic research in animal behavior genetics laboratories, as well as more recent research on the “reproducibility crisis” in biomedicine. 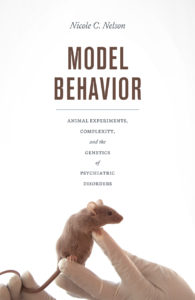